Dock St. Brewery and Cannery Lounge dropped hip-hop artist Chill Moody’s nicethings IPA beer last night. In 2016, a test run of the draft version sold out quickly and it was clear that he had a hit on his hands. Last night’s launch party was one I’m glad I did not miss!

Chill Moody is best known for his music career, but decided to step out of his comfort zone to try new ventures under the umbrella nicethings. When I met him, everything impressed me from his professionalism, friendliness, and knowledge of each craft he pursues.

“I grew up here in West Philadelphia and still reside here when I’m not on tour traveling,” he told me. “I enjoy a good drink or two, and as I watched the neighborhood evolve I got to know the owners of Dock St. Brewery. After their success with their collaboration that was a tribute to the WuTang Clan, I knew I wanted to work with them too.”

Chill Moody didn’t just put his name on a can. He would visit Dock Street two or three times a week and learn the whole process, the difference between hops, and alcohol content. He was there chopping up the pineapple, picking ingredients, taste-testing. “Everybody deserves nice things and I’m making sure they get what they deserve,” he said previously in a press release.

Last night’s launch was perfectly paired with a pineapple pizza. DJ Get Up gave the party a soundtrack worth drinking to and everyone raved about the great summer beer that Chill Moody created for us.

Listen to Chill Moody’s songs at www.chillmoody.com. He’ll also be at Boot and Saddle on July 13th with Kuf Knotz. 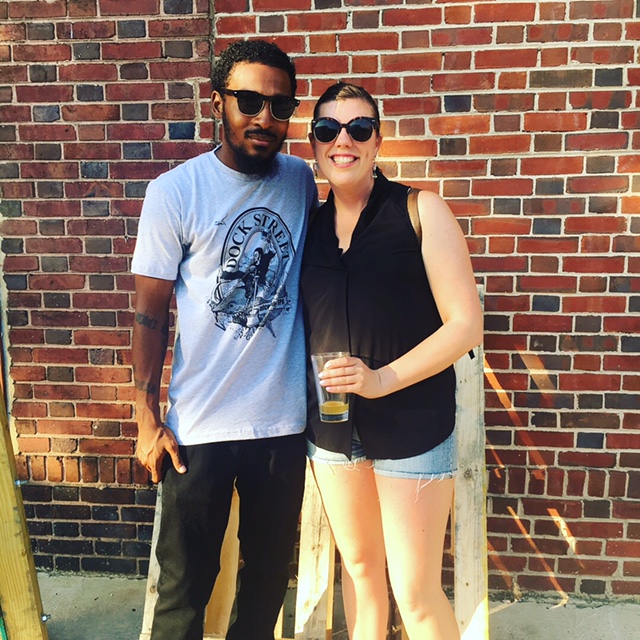