“People think they know this play and what’s in it. Well come and see. And you’ll be surprised by what you find…” 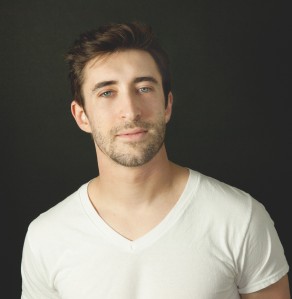 I talked to University of the Arts graduate and Barrymore Award winning actor Matteo Scammell about his career so far and what audiences can expect when they see the iconic Tennessee Williams play, A Streetcar Named Desire. This play, regarded as one of Williams’ most memorable, is about love, lust and what we leave behind. You may know the names Blanche DuBois and Stanley Kowalski, but now is the time to experience everything this story stands for as A Streetcar Named Desire takes the Arden Theatre’s main stage from March 12th to April 12th*

Q: Why did you decide to pursuit a theatre career here in Philadelphia?
A: My first theater job out of school was at The Wilma Theater and I went to UArts, so because I passed by the Wilma every day – the Wilma being what it is, a monument and a pillar of Philadelphia culture, being a part of that history gave me enormous pride. From there, I followed that momentum into some of the great theatrical institutions of America. It was like a wave, I just needed to get on and take the plunge.

Q: You mentioned in your bio that playing Casey/Georgia in The Legend of Georgia McBride is one of your favorite roles. Why?
A: First of all, my performance won me a Barrymore Award for Outstanding performance in a lead role. I wouldn’t call that an objective of mine, but it’s certainly a point of pride. I put my heart and soul into that performance and was very humbly rewarded for it. Not only was the role and the play challenging, it gave me a platform to exhibit my best qualities. That of musicianship, joy, pride, sacrifice. It also allowed me to tap into a more feminine aspect of my personality, one that maybe I had been slightly ashamed of prior to the production. [Director] Emmanuelle Delpech never asked me to impersonate a woman, but to BE a woman. That was a big lesson. I got to perform with Dito [van Reigersberg (aka Martha Graham Cracker)] and we developed a wonderful friendship after that show. It’s really hard not to love Dito, but I consider him a special friend.

Q: Have you found any common traits in the roles you find yourself playing?
A: I have people coming up to me all the time telling me that I’m playing a brooding or violent or dangerous character again; characters who yell and have anger. Or that there’s something dangerous of roiling about the characters I play. I sort of hate that theme. I might actually need to stop playing characters like that because I end up believing a little bit in that fiction or believing that I need to be that kind of person in order to survive the world.

Q: How did you get involved in the production of A Streetcar Named Desire at the Arden?
A: Terry [Terrence J. Nolen, director] called me up on the phone and asked if I was interested in doing a reading of the play. I was beside myself with anticipation and excitement. Obviously because of the iconic nature of the play and the performances associated with it. So we went in and read the play a few times and Katherine [Fried] as Blanche was just blowing people away and Emilie [Krause] as Stella was very moving. Terry said, ‘you know, let’s do this.’

Q: How would you describe your role of Stanley…in two sentences?
A: Stanley Kowalski is honest, ambitious, loyal, confident, passionate, responsible and generous. He is a born leader, a former soldier – he’s a pack animal who uses his resources, intelligence and instinct to bend the world to his will.

Q: Many notable actors have portrayed Stanley over the years. Did you base your version of the role on anyone in particular?
A: Stanley is based on some men I know personally and some that I’ve never met. My version of Stanley starts with what I am capable of understanding about myself- the things that Stanley and I both share- that hopefully audience will recognize as human flaws, and not inherently bad characteristics. We all have contradiction inside us. Ugliness and beauty born of the circumstances in which we live.

Q: Why do you think A Streetcar Named Desire is considered one of Tennessee Williams’ most memorable plays?
A: The performances associated with the play are legendary. So I think people immediately think of “STELLAAAAAAAHHH” And the play is famous because folks think “Oh, how iconic! The passion. The Drama. The Desire!” And that’s draw. But the reason the play actually continues to get produced is because it’s a very, very, very good play.

Q: Why do you hope people will come see the show?
Working on iconic plays is an added motivation. It makes you savor and vibrate through every moment. And with the whole team is on board to show up for this play, we’re eager to make a mark. Obviously I want people to be entertained and surprised and moved and challenged; to experience themselves or parts of their world through the dramatic motion of the play. Streetcar is a great play, with people doing their best in highly desperate circumstances. Themes of family, failure, working class vs. elite class, the haunting way in which our pasts eventually catch up with us, promise, hope and unrequited love. Yes, desire is in there too. But specifically “why” do I wan’t people to see this play? To upset expectations. People think they know this play and what’s in it. Well come and see. And you’ll be surprised by what you find, because it’s a lot more than what you remember it being.

*Arden Theatre Company has cancelled all performances, events and classes through April 13, 2020