On a beautiful sunny Saturday, October 14th, East Moyamensing Avenue was cordoned off for the first Ed McBride Block Party with a Purpose event. Sadly, Ed passed away in June at the age of 79. The party was created to remember Ed and his service to the neighborhood.

Ed’s friends and family share memories of him below.

“If you wanted to symbolize the neighborhood community, Ed McBride was the one,” states Councilman Mark Squilla. “Today we’re giving back a little to the neighborhood that he loved and supporting the organization and activities that Ed was involved with. Ed was the first and only president of EOM. I’ve been part of it since I was eight years old. How important was Ed to EOM? It takes three people now to do his job. ”

Some of the oldest members of EOM were reminiscing about Ed. “ We got started in basketball 50 years ago,” says Francis Senenski Sr. 72. “ John Dougherty (83) and Joe Rapone (85) became fast friends shooting hoops.”

Retired Police Sargent, Joe McBride, younger brother of Ed looks back on the years spent with his only sibling. “This day is just recognition of what my brother meant to the neighborhood, this outpouring of love. You’ll never see anyone like that again. He was responsible for the premier organization that EOM became so that the children would have an outlet for sports. He also was the Financial Secretary for Quaker City String Band, President of Neuman-Goretti Millay Club, sat on numerous boards throughout the city, and did political work for IBEW Local 98. The testament to his status was that more than 3,000 people came to EOM for his wake. I not only lost my brother but my best friend. Every Thursday we would solve the world problems. He loved to go fishing and I must say that using Miller Light and Irish whiskey as bait, the thing we caught was a load!”

As one of five judges that came out of EOM, Ed McBride Jr. says that his father always found a way to make any event meaningful. “ We’re calling this The Ed McBride Block Party with a Purpose because he was always ready to help the community. This will be an annual event. All the funds will go to EOM this year but subsequent years, we’ll pick a different organization to support. There are a lot of mixed emotions here. Everyone wanted to something meaningful. A large group of people put this together and they learned how to do it from my dad.”

Granddaughters, Helena and Meaghan McBride, share their earliest memories of their Pop-Pop. “It was around Christmas time when I was seven and Meaghan was four, we went over his house and baked cookies all day. I’ll never forget it,” says Helena.

Meaghan remembers all the day trips. “He loved taking us to Phillies games and political events. We are still grieving as it is still fresh, but we aspire to be like him.”

Their mom Kathy, married to Dan, remembers the first time she met Ed. “Dan was DJ-ing. Ed would come in the bar and sing. At Christmas, we would go caroling.”

Law student and son of Ed Jr., Michael McBride, recollects his Pop-Pop as being the most kind- hearted person. “He would give anyone the time of day, from the President of the United States to a bum on the street. He was the busiest guy I know but would always have room in his day to shoot the breeze with me. He would talk to you and actually listen to what you had to say. He would love this party. I could never fill his shoes, but I have to try.” 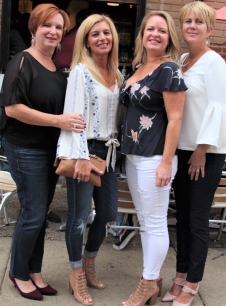 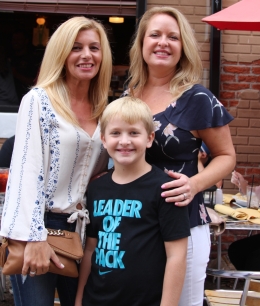 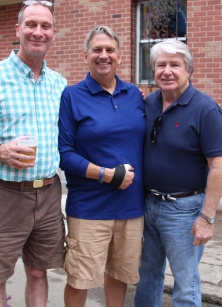 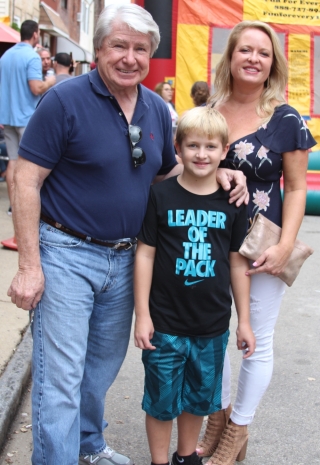 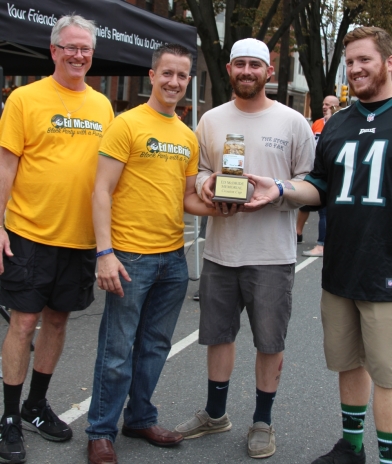 To learn more about Ed McBride and the Block Party with a Purpose, please visit www.facebook.com/TheEdMcBrideBlockParty.